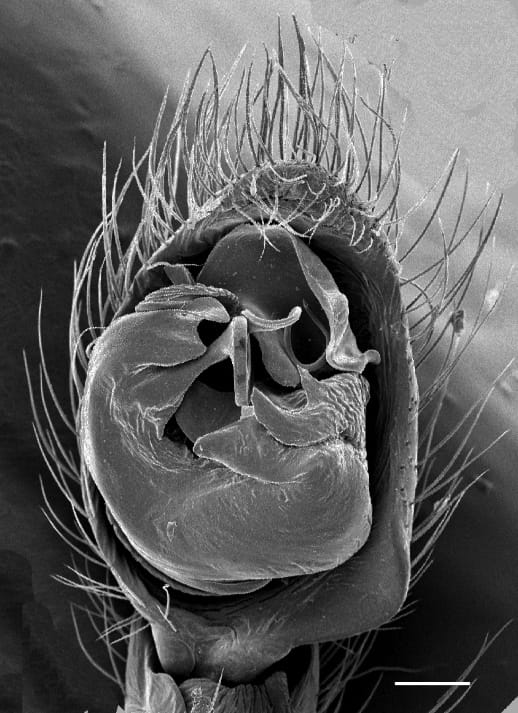 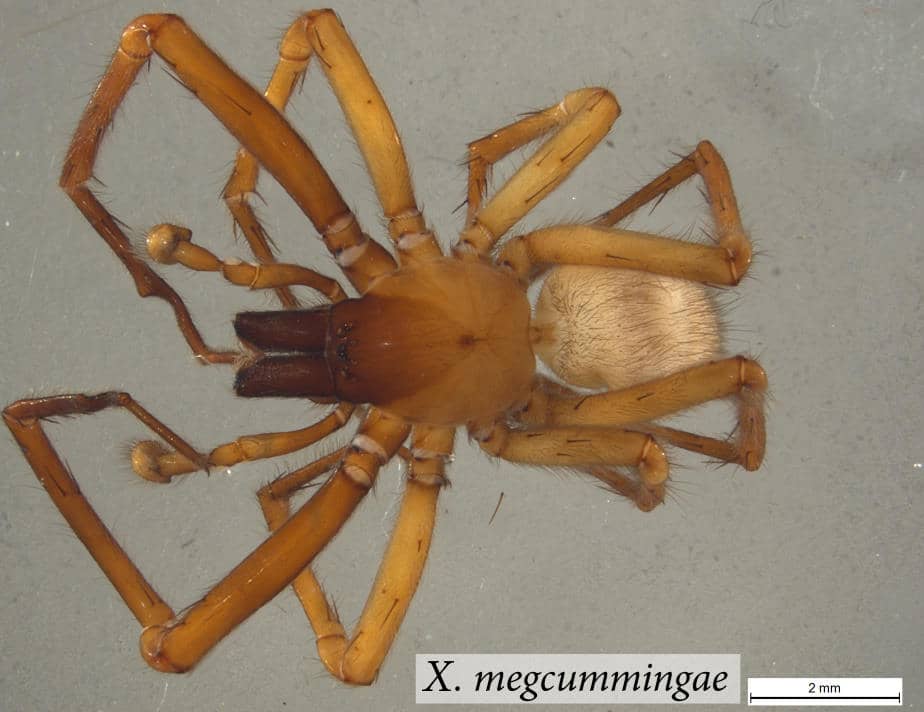 I first got involved with BINCO through fieldwork in north-western Madagascar in 2017 surveying spiders in the enigmatic dry forests. From here on, I started working with Merlin and was very interested in the work that BINCO carries out, joining later in the year after my first Madagascar visit. I have so far visited the Madagascar field site twice. As well as an initial visit to the collection at the RMCA in Tervuren. I was invited on my second visit, onto the Xevioso project.

The two newly described species of Xevioso have a captivating appearance, the palps are certainly beautiful and incredibly intricate in their structure. I spent around two weeks in the lab at the RMCA on my second visit, with plenty of evening work sprinkled in, looking through each of the Mozambique pitfall samples and extracting all of the Xevioso material. There was a substantial sex bias in the collections in favour of males. Making female specimens eight-legged gold! In fact, we only found two females, which lends itself towards “conventional” sex roles in these spiders: the males are out searching for mates.

We had a lot of comparative material to work with; the types of the most closely related species and a few others in the genus really helped elucidate the key diagnostic features for me. Then there was three or so months of back and forth developing the manuscript with Rudy Jocqué (co-author and mentor), finessing the descriptions along the way (Pett & Jocqué, 2020)!

These two new species exhibit very interesting distributions. Xevioso cepfi, from the Njesi expedition, was found at each of the mountain plateaus, potentially suggesting its prevalence as a montane specialist. Contrastingly, the male holotype and female paratype of Xevioso megcummingae were collected in an urban garden in Harare, Zimbabwe. Following my museum visit, Rudy identified a much smaller male specimen of X. megcummingae whilst digging through material from Malawi. Its presence in the Viphya mountains (Malawi), a truly remarkable range expansion! This makes me guess it is present in a wide suite of areas in between its currently known distribution.

The discovery of Xevioso cepfi actually represents the second new spider discovery from the BINCO Njesi expedition, with Cicynethus mossambicus (see Jocqué & Henrard, 2018), also representing the most northerly limit of a species of its genus (as in X. cepfi). These results further augment the incredible value that such expeditions can have for biodiversity knowledge in poorly studied regions of the world.

The 2016 Njesi expedition was funded by the Critical Ecosystem Partnership Fund (CEPF). In honour of the fantastic work they do to help protect biodiversity and our natural capital in this world, we named X. cepfi after the organisation.

Jocqué R. & Henrard, A. (2018) A revision of the genus Cicynethus Simon, 1910 (Araneae, Zodariidae), a tale of colour patterns. European Journal of Taxonomy 465: 1–35.
Pett B.L. & Jocqué R. (2020) Description of two new species of Xevioso (Araneae: Phyxelididae) from Southern Africa, with the northernmost localities for the genus. European Journal of Taxonomy 636: 1–18.