Last chance for survival for one of the least studied endemic reptiles of Malawi: Chapman’s pygmy chameleon
Malawi is a densely populated country experiencing a high deforestation rate and subsequent pressure on its limited forest resources. The Matandwe Forest reserve close to the border with Mozambique comprises an isolated small block of lowland rain forest as well as an extended patch of degraded Miombo forest. Besides botanical knowledge, little is known about its biodiversity. In 1992 a unique species of pygmy chameleon (Rhampholeon chapmanorum) was described from this forest reserve. The limited distribution and the rapid degradation of its forest habitat makes this species critically endangered (CR) with very little data available. A survey of the remaining forest fragments is urgently needed to determine if this species is still present or might have gone extinct. We mounted a rapid biodiversity survey collecting data on the distribution and population size of the endemic pygmy chameleon in this forest reserve.

Additionally we also recorded other reptiles and birds to better understand the richness and distribution of biodiversity across the district as well as the importance of the forest blocks for species conservation. Data was collected by visual encounter surveys of the remaining forest patches at night. Pygmy chameleons stay relatively low in the forest strata and can easily be picked up reflecting in torch light. Night surveys were limited to 20 m by 20 m plots in which all individuals of the species were counted and classified in age groups (juvenile < 2cm, subadult 2-4cm, adult > 4cm SVL). One plot was searched by 3 persons for 1 hour intensively. Chameleon snout-vent length (SVL) of all observed animals was measured  and perch height above ground was determined. Across the 7 plot surveys, 139 individuals were found. Additionally we performed 2 nights of transect surveys and recorded 100 individuals.

While the species is still present, the situation remains dire. Based on the data collected, both through surveys and community meetings, we propose a species action plan for Rhampholeon chapmanorum and suggest a long-term monitoring protocol that will allow to detect population density changes related to encroachment, habitat conversion and climate change. In the longer-term restoration of connectivity between isolated forest patch populations would be valuable. 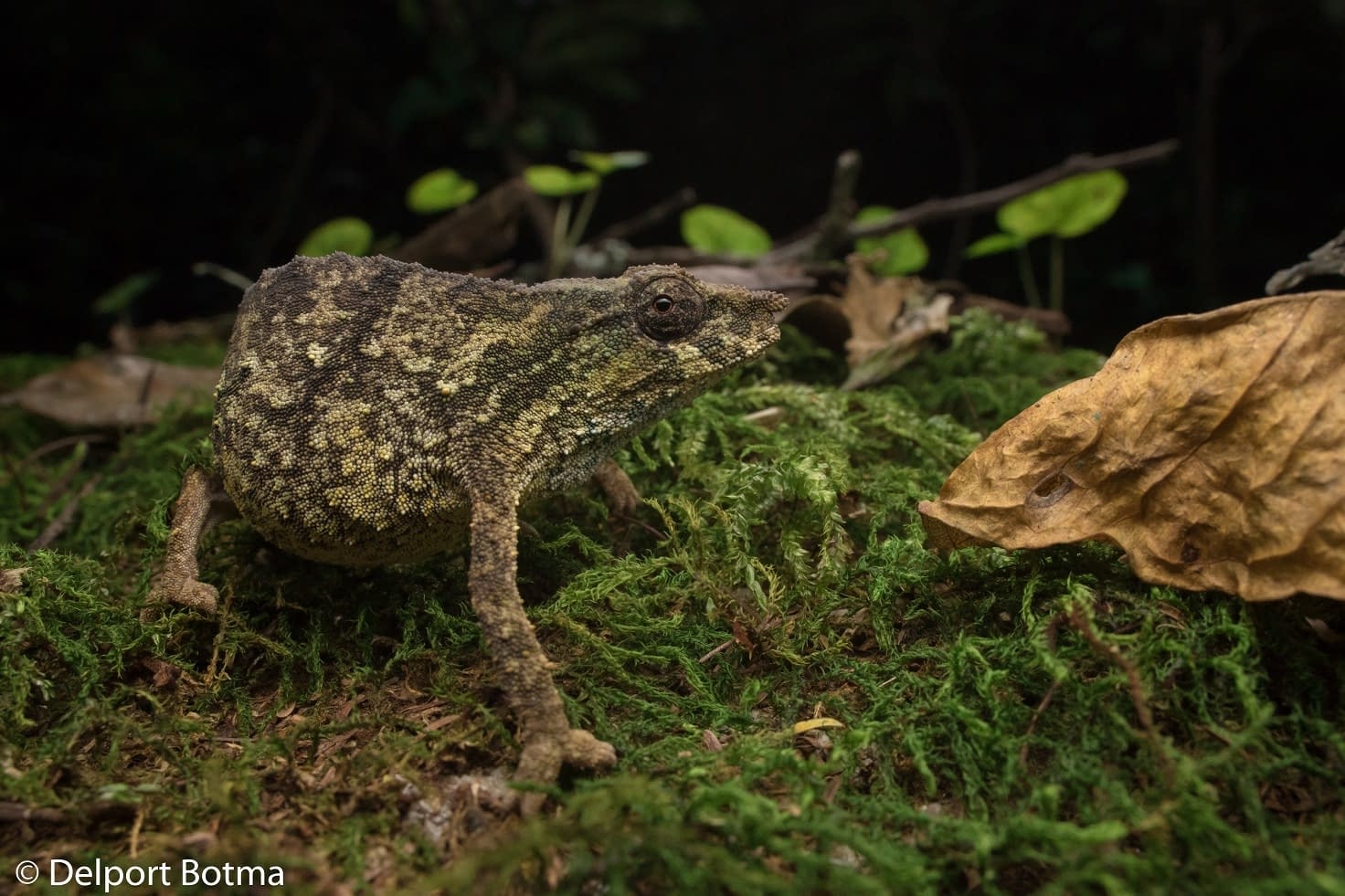 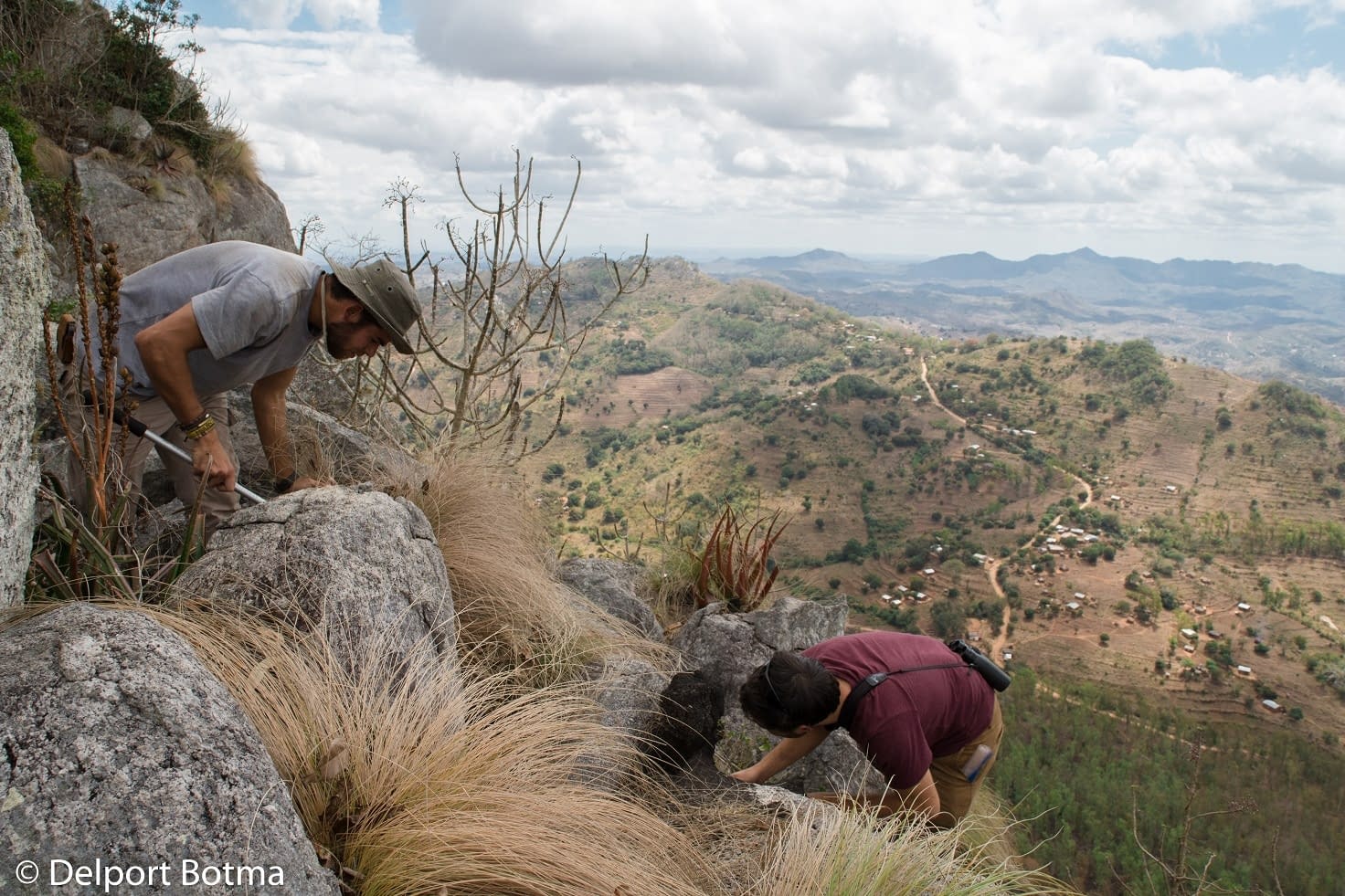 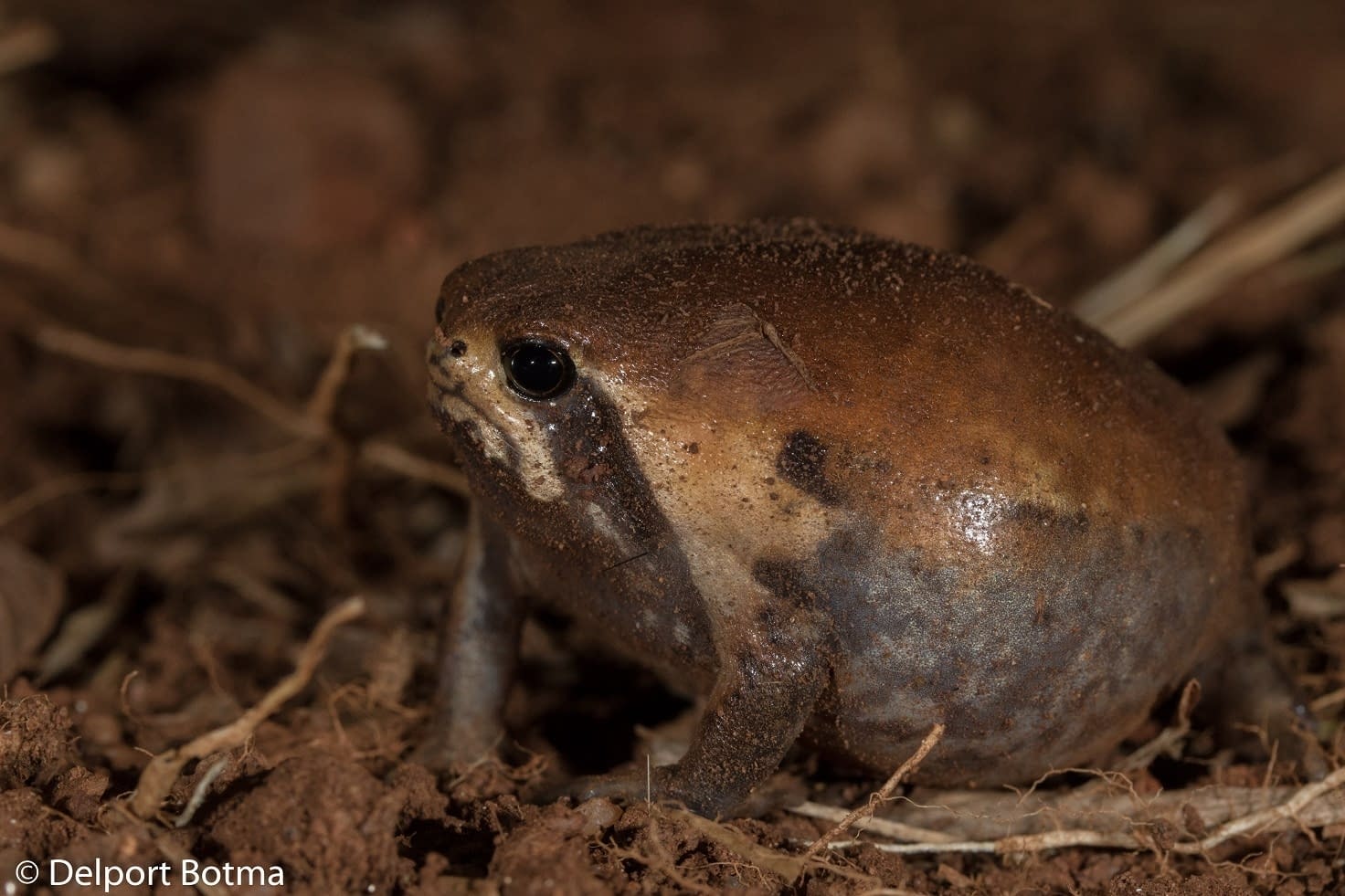 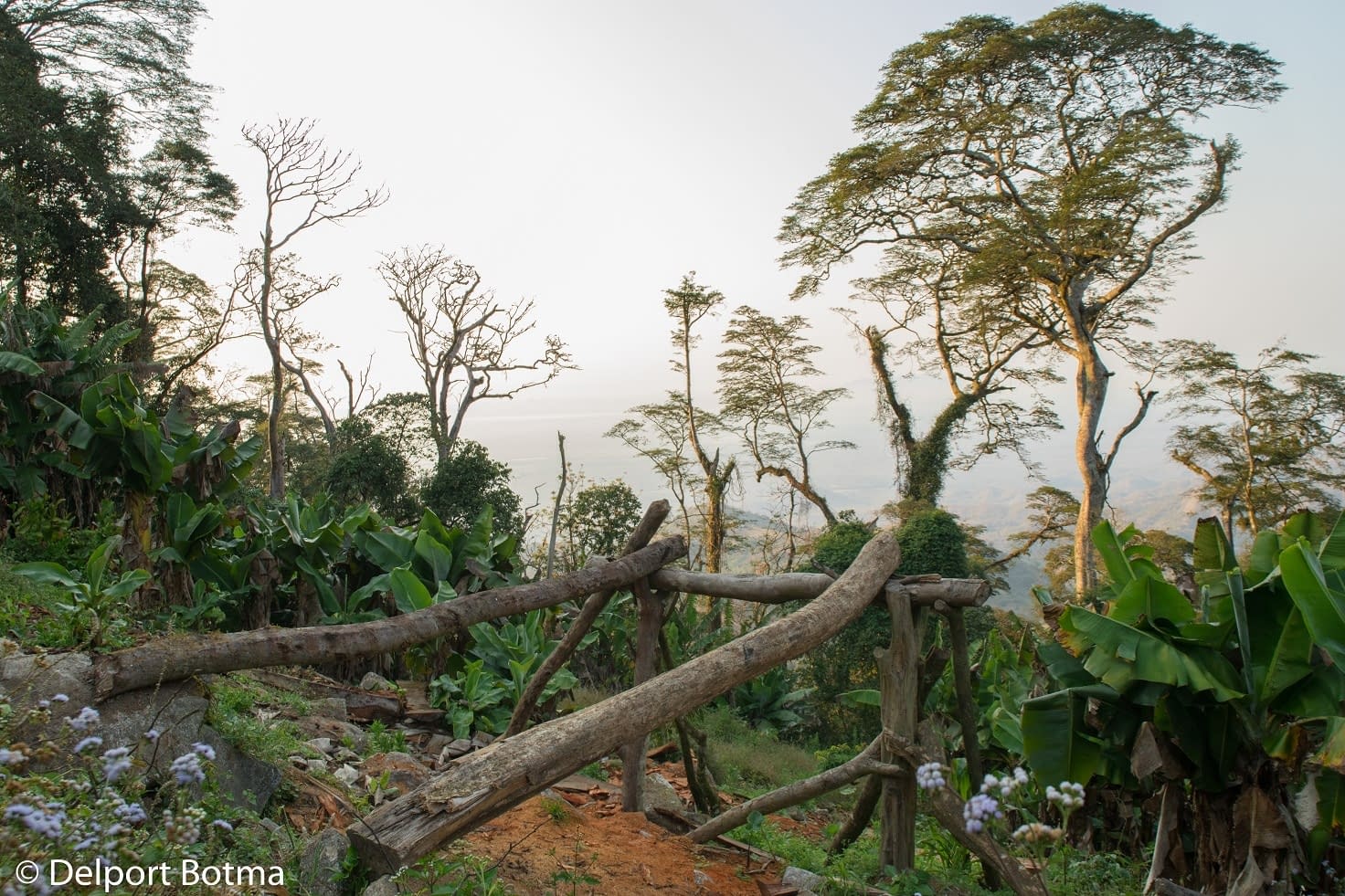 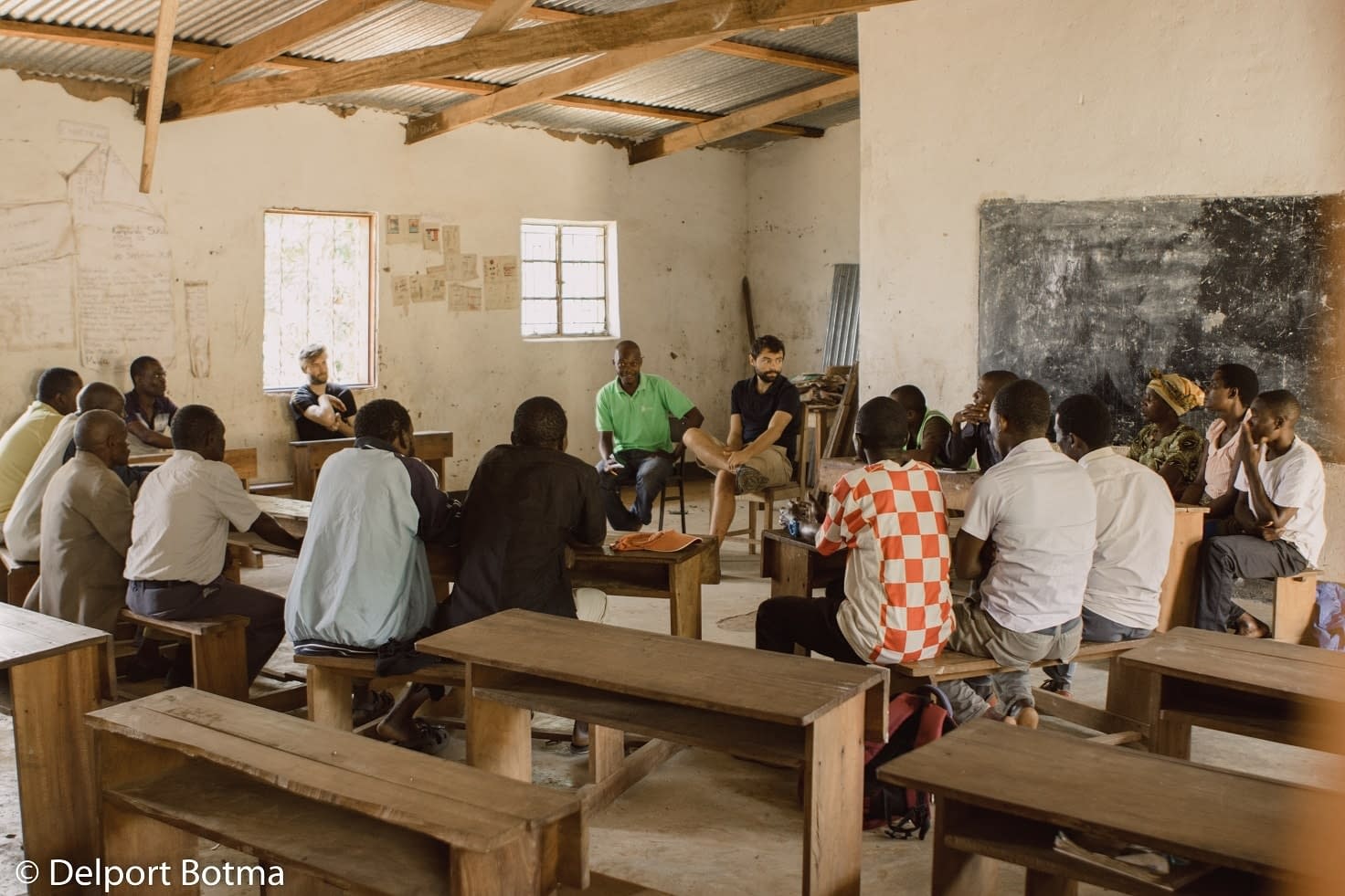 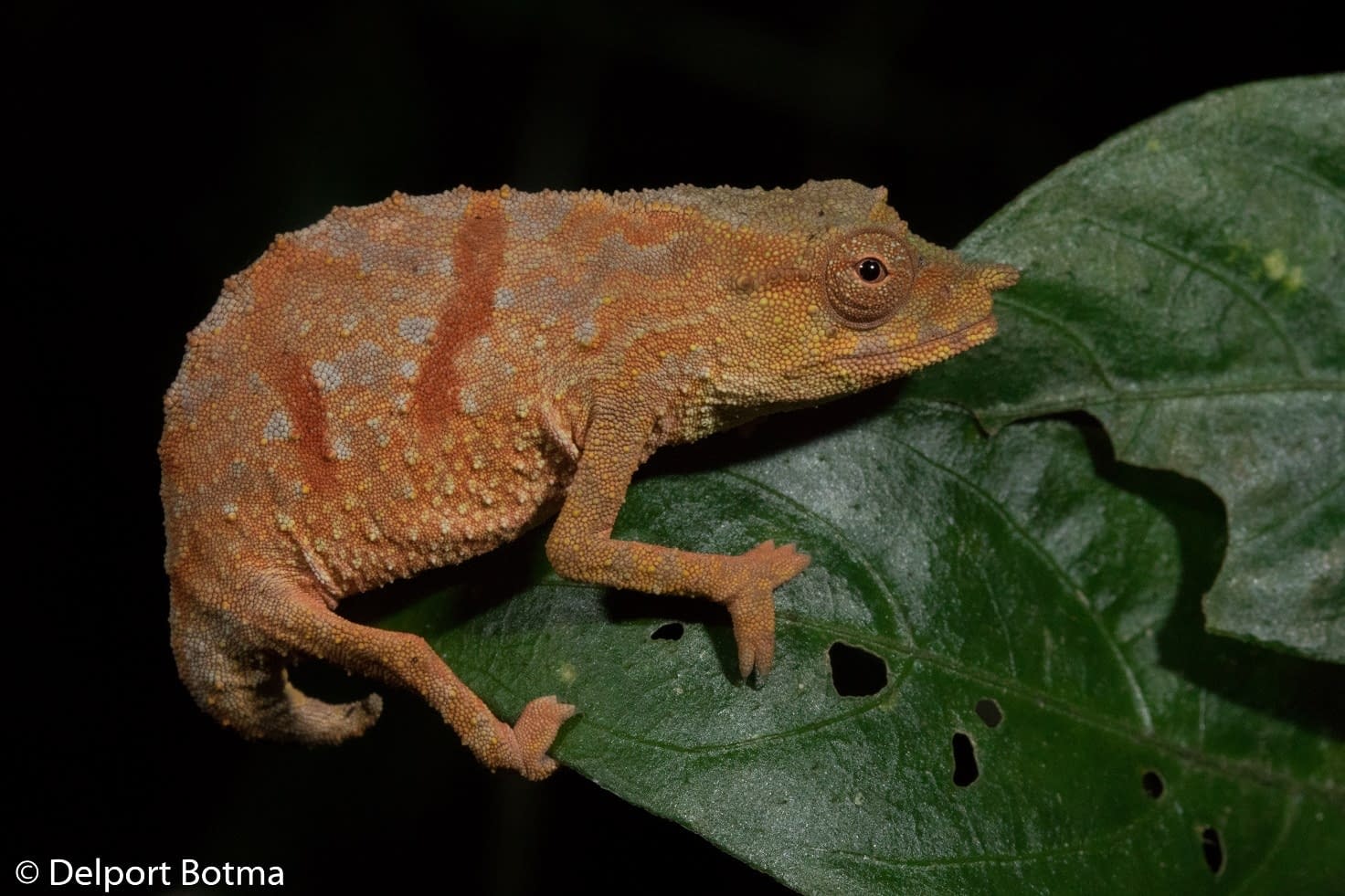 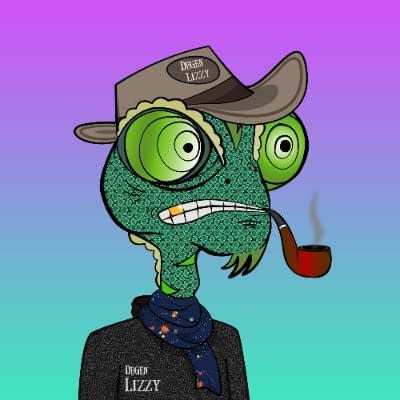