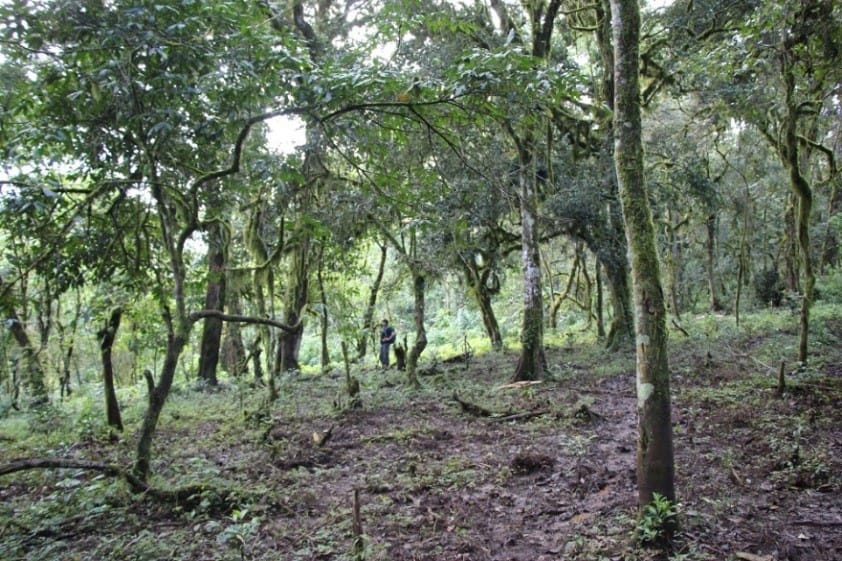 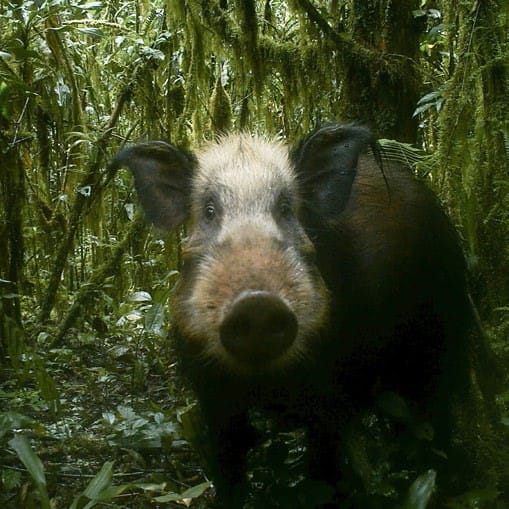 During the second half of 2014, we studied the effect of the intensification of natural forest for coffee production on large mammal communities using camera traps in Ethiopia. Now the results are out and published in the conservation journal Oryx (see below).

The high demand for coffee internationally results in an ongoing intensification of natural forests by clearing understory and removing trees resulting in few undisturbed forest left in Ethiopia. Although overall species diversity remained constant, large and medium sized carnivores are the first to disappear and diurnal activity patterns are shifted to nocturnal. The increased accessibility of coffee forests decreases the diurnal activity of large mammals and specifically affects the top predators in the ecosystem.

This is the first study in Africa that studied large mammals in coffee forest. Although Ethiopia is known for its high number of both animal and plant species that do not live anywhere else in the world, there is a concerning lack of conservation activities to preserve the biodiversity locally. Moreover, the extent of agricultural land is rapidly increasing at the expense of natural forest, resulting in a significant loss in biodiversity. Coffee forest, however, has since long been proposed as a more sustainable agricultural system, conserving biodiversity while providing income for local communities. We found a mammal diversity in coffee forest comparable to that of mature natural forest. This study therefore indicates the importance of coffee forest in Ethiopia for mammal conservation, where coffee has been cultivated as a shade crop for more than 1,000 years.

The complete loss of natural forest in combination with increased human disturbances may result in the local extinction of top predators such as leopard, which can subsequently trigger negative effects on other forest components such as decreased forest restoration due to higher pressure of herbivores. Therefore, a balanced landscape mosaic of coffee and natural forest may be a valuable conservation option, contributing to local economy while safeguarding the diversity of large mammals.

We compiled a video showcasing a handful of the inhabitants of the study area.


If you would like to read more about this study, the paper ‘From natural forest to coffee agroforest: implications for large mammal communities in the Ethiopian highlands’ is now freely available until 31/12/2018 in Oryx—The International Journal of Conservation. The study was funded by the Rufford Foundation and Idea Wild.