Hoverflies (Diptera: Syrphidae), also known as flower flies, represent a large group of around 6,000 described species that can be found around the world. The family remains relatively understudied, especially in the tropics, and there are still many unknown species out there.

Hoverflies, like all true flies, have two wings. Their hind wings have evolved into halteres that control flight and enable hovering behavior. Some hoverflies are difficult to recognize because they closely mimic other insects (e.g. wasps, sawflies) that are perceived as dangerous or unpalatable by potential predators. A common feature of (almost) all hoverflies is the spurious vein or vena spuria. This darkened band in the wing is actually a reinforced hinge that looks like a vein. The vena spuria, in combination with two outer cross-veins that create a false wing margin, are unique for hoverflies.

Apart from being attractive to look at, hoverflies are an important part of ecosystems. The adults often feed on flowers (hence their other name, flower flies), making them important pollinators. Hoverfly larvae also perform an integral ecological role in many different habitats and have many different feeding behaviors. Some feed on plants, some on detritus and others are predators.

To contribute to the knowledge on hoverflies, their distribution and taxonomy, the hoverfly work group Syritta was created. Syritta aims to assist in ongoing hoverfly studies, to support in identifying stored specimens and to actively monitor and survey hoverflies around the world. 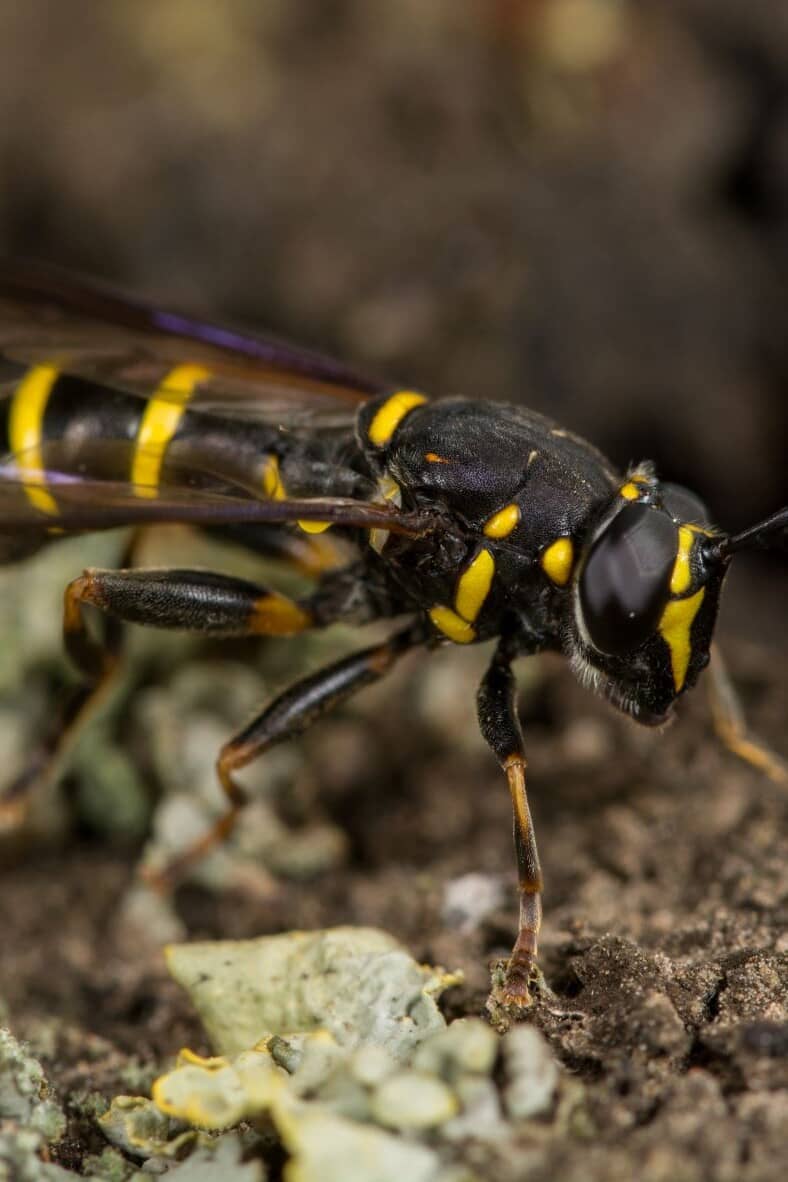 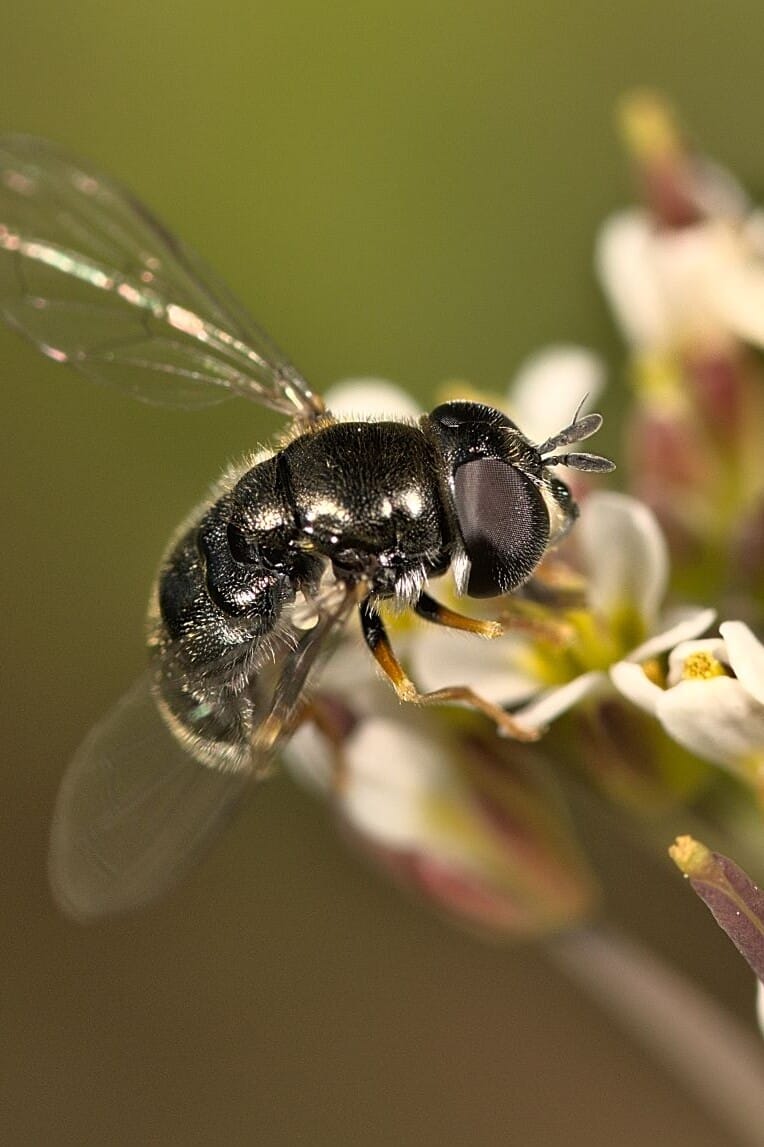 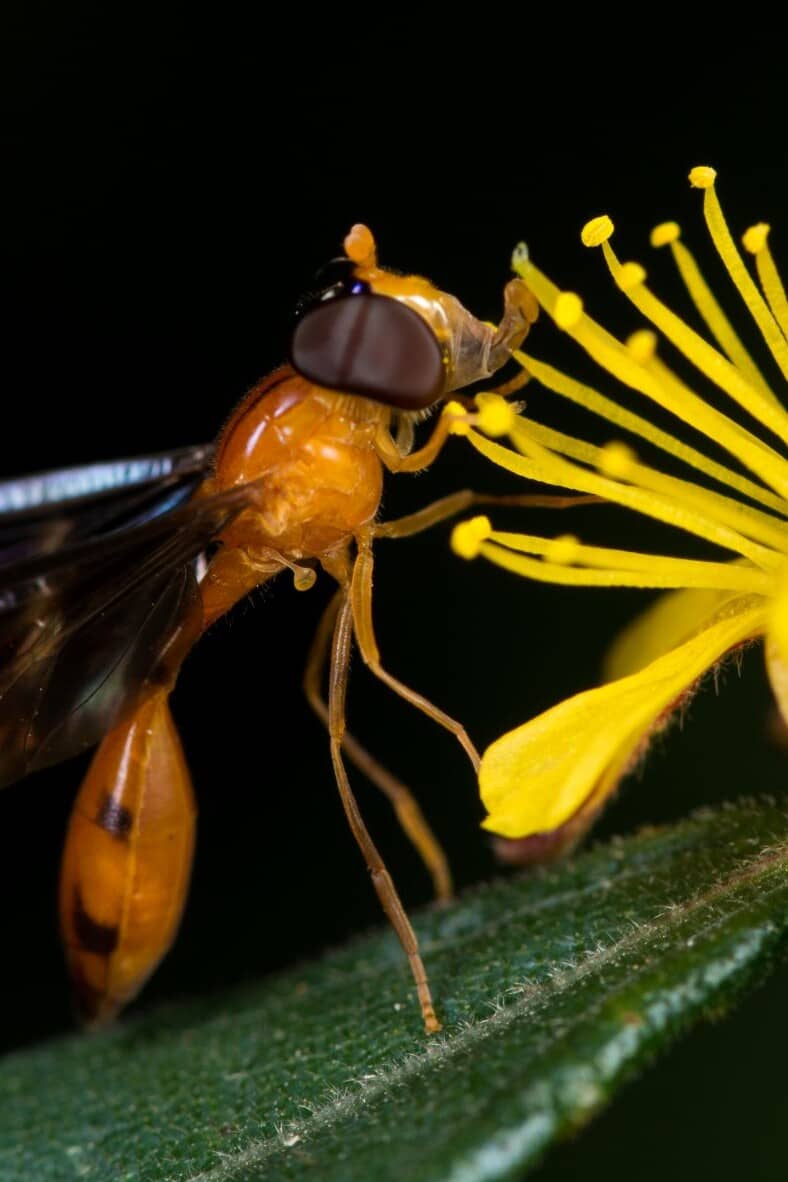 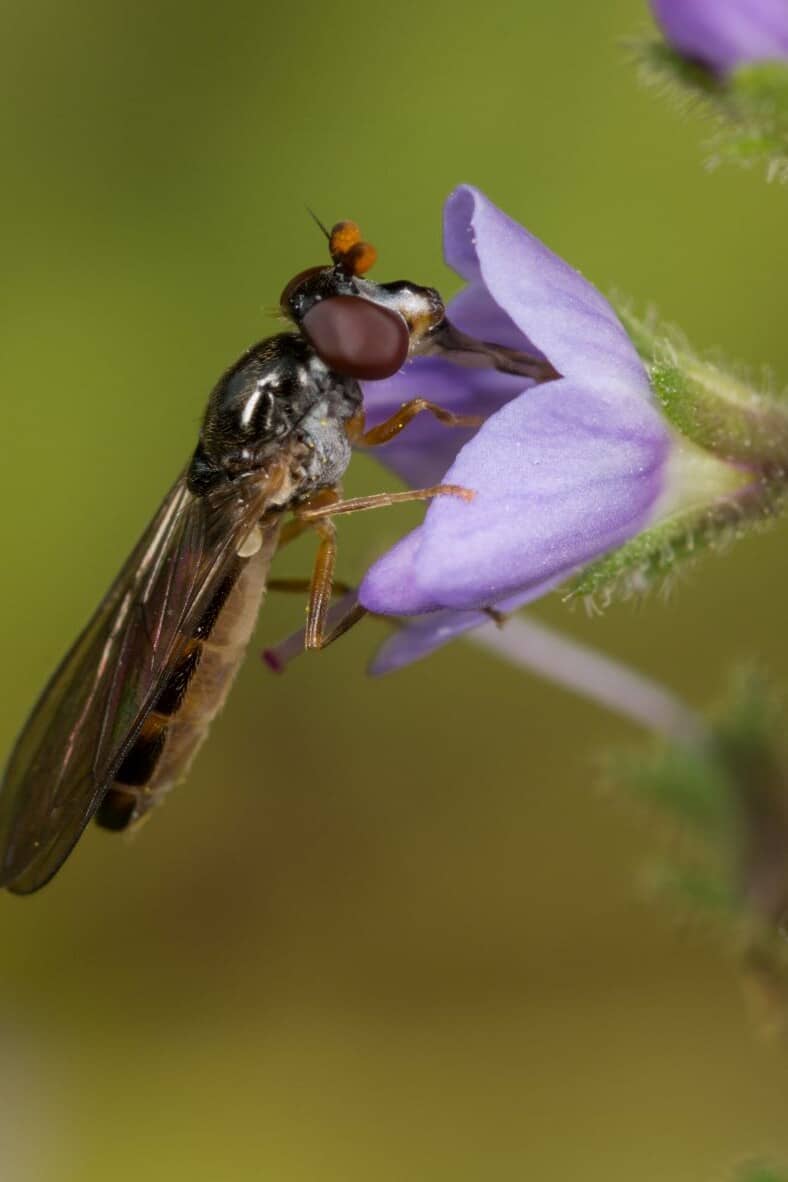 No sensible person is interested in flies (…). At least not yet, I like to think, although in the end I'm always quite happy that no one else cares.
Fredrik Sjöberg, The Fly Trap

Syritta is initiated by five hoverflies-enthusiasts: Annelies Kayenbergh, Jonas Merckx, Ian Stevens, Seppe Strybos and Jaco Visser. We are always looking to extend our network and keen to meet people with an interest in hoverflies to join our projects. If you are interested in participating, or if you want to include hoverflies in another BINCO project, do not hesitate to contact us via syritta@binco.eu.

The nature reserve “De Wijngaardberg” is a combination of grasslands, forest and heathland surrounded by fruit orchards. Only 11 species have been reported to occur here, but recent sightings have led us to believe that the current hoverfly diversity may be higher than expected. We want to examine the current diversity of hoverflies in the reserve and compare the species between the different habitats. By creating an inventory of the species that can be expected to occur in each habitat, we hope to aid the reserve management in optimising the structure of the reserve to promote a high hoverfly diversity.